So, I have a potentially unusual bottleneck in making Command scenarios: What targets to go for?

Any air-to-ground scenario needs targets. In some cases, the wealth of imports makes targeting easy-just use a multi-unit airfield and you have a ton of targets right there. Mobile vehicle targeting is also fairly easy-plop down a few trucks/tanks/APCs and there you have it.

Now for the bigger issues, which in many ways are opposites: Priority targets and massive target sets.

This is a gigantic issue for real military planners, so it’s not a game design issue. Figuring out the “weak links” in the supply bottleneck is important-and difficult. I frequently use “supply facilities” as a catch-all, but that’s an oversimplification. Even in terms of attacks on line units, some things are higher-priority than others.

In one recent “what-if” scenario editor sample, I was having the never-were F-16XL conduct attacks with AGM-65s against Iraqi forces in the Gulf War. I had multiple rocket launchers (not ballistic missiles like the Scud, MRLs like the BM-21) as the chosen targets due to their lethality. 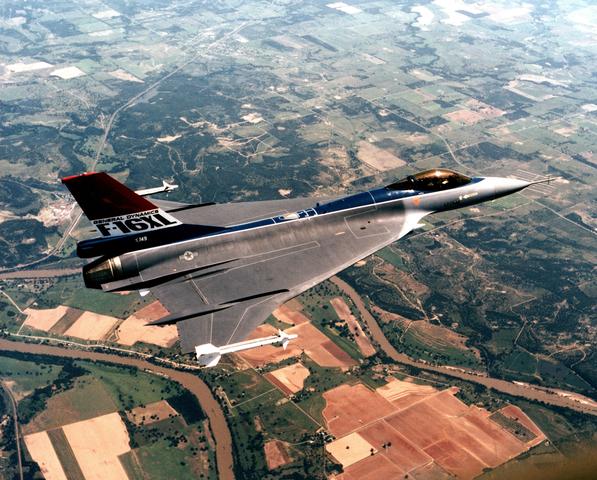 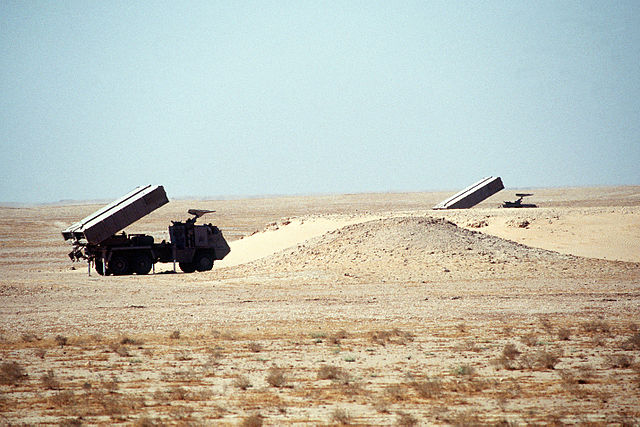 (By the way, the outcome was fairly similar to the real Gulf War air campaign-massive damage to the Iraqi targets, and a few low-probability SAM launches in return. One did connect and downed an F-16XL)

Putting in gigantic target sets is time-consuming for a scenario designer, and becomes a bigger problem when munitions get more capable. (WWII-vintage planes in Command can bomb a target repeatedly and still miss-a modern fighter, even with unguided weapons, can easily knock the same thing out in one go). Putting over a hundred targets in has deterred me before.

Then there’s the issue of how many points should be given to what targets. I’ll admit in one scenario, I disabled scoring altogether to not have to deal with that issue. Since scoring has to be matched with expected player losses, it’s even harder to do right.

In Command, the scenario editor doesn’t just limit the player to historical arsenals. Units that appear under one country’s list can easily serve in another’s-not just for substitutes, but for ahistorical additions to their armed forces.

One of the most common and easiest-implemented export potential is late Soviet surplus. Much of this was exported already to get some value out of them in the post-1991 downturn. Here, it can become even more prevalent. Whether you use the “Soviet Union-1991” or “Russia-1992” listing generally doesn’t make much difference. I generally prefer the former to signify its nature, but that’s just a personal opinion.

Besides the usual MiG-29s and Su-27s, one of my scenario concepts even had the oddball export of MiG-23MLDs (in one of those “Hey, look at the low sticker price, we got a ton of planes for-hey wait a minute”) moments.

Of course, you can use new-built planes as well, with advanced Su-30s and the like, for a more difficult opponent/different style.

China has the J-10 for present scenarios, the J-31 for futuristic/what if ones, and even the J-8, which historically was offered for export but got no takers.

With Western planes, you have American F-16s, and for really high-end cases, F-15s. The Viper is interesting in that one can use the Egyptian and Iraqi models to simulate a downgraded export version with AIM-7s only. Mirages, Eurofighters, and (thanks to recent export orders) even Rafales can be plopped into similarly capable countries.

Those were the obvious choices. Now for the fun part. Pure hypotheticals. I talked about the F-20 on Baloogan Campaign, and there’s also the MiG 1.42-the original Soviet/Russian fifth-gen fighter that sputtered out. Although no match for an F-22 in terms of avionics or RCS, it is still a fearsome opponent. Even the Super Tomcat series I’ve imagined in the hands of Australia, to replace the F-111s with another long-ranged powerhouse.

Basically, unless it’s really implausible, export fighters can beef up any arsenal.

Now for actually using them.

-If the opponent is the USAF (in most cases, the player is the US and their opponent is said arsenal), the experience of 1991 shows in detail what happens when an airforce made of a solidly built system meets one made of scrounged-up shiny hardware. Even acknowledging the mismanagement, a more competent IQAF would still not make the outcome in doubt.

-This kind of ties in with another point-post Gulf War, the chance of deliberately picking a fight with the victorious USAF/USN is increasingly dubious. This isn’t to say it can’t happen, but that it’s vulnerable to the “ideal smackdown foe” problem.

-More interesting is to explore how the weapons would affect the balance of power in a region without external intervention. I like regional conflicts in Command, and many historical arms deals have been controversial for this very reason.

I look back at my older Command scenarios, the product of someone who was newer to both the game and the platforms it represented. While there was much to be tinkered-with and approved (and not just to take advantage of the many changes added since I made them), there is also something more-well, I don’t know the word for it, about the products made by someone who’s still figuring everything out, rather than one who knows it by heart. Interesting? Creative?

The main reasons for my lack of scenario creation (from around once a month at worst to several since I’ve submitted one to the community pack), involve being busy with other things. But I think there’s a sort of valley I’m in as well.

The valley is that I’m finding smaller scenarios to be less interesting (not totally uninteresting, but less interesting) to make, while bigger (not necessarily bigger in the number of units, but in the complexity of the scenario itself) scens require a lot more effort.

My old philosophy is changing. Small and willingly rough just isn’t as satisfying as it was.

I may, as I decide on a writing project and rev it up, make even less Command scenarios. While understandable given my scheduling, this is also sad-because making them is something I greatly enjoyed. Or I may recover from my scenario-valley and unleash more on the community pack. I’m still extremely active with Command-just not making and submitting scenarios.
Whatever the outcome, I feel like I should either slow down or push faster. Still, submitting over twenty scenarios I’ve made to the community pack isn’t bad.

As a followup to the last post, how would I balance a scenario between one very strong and one very weak opponent?

This can be tough. The very realism of Command means that it can handily create results similar to historical examples. If those results mean a crushing defeat for one side, so be-it?

There are ways around this. Here’s several, in a sort of order from my “least preferred” to most.

-Use the scoring system to take away extra points for the player when they lose a unit. This makes some sense in some circumstances, but doesn’t in others. I’m often hesitant because it can make some missions more luck-based (That missile rolled a one and hit your fighter, condemning you to only a minor victory)

-Give the player many objectives despite the resistance. This can work, but is a large effort for the scenario designer, and can turn into a slog.

-Make the opponent ahistorically strong. Rollback had a plot that couldn’t resolve this, but in other contexts it could work. A small handwave is often all that’s necessary to generate a much better challenge.

-Make the player side less strong. There are many ways to do this, but the easiest is to insist it’s an immediate crisis and those are the only forces in the area. Command is very good at showing that one squadron of F-15s are quite different from two squadrons backed by AWACS and jamming.

-Finally, make the player the weaker side. I love this concept, and should really have used it more often. While very tricky not to just turn into the Fighter Shot-Down Simulator, if it works, it works well.

All these can be used together to make a scenario more “balanced”.

I’ve talked about about how my “Rollback” plan ended up semi-stalling, but there was one exact “ok-looks like this isn’t working” thought that hit me. So I’ll explain it.

The exact moment when I realized my “Rollback” scenario project was when I was planning Super Tomcats, naval F-117s, and maybe even NATFs launching as part of a large carrier mission-and then realizing that I’d be putting them against the same force that was hopelessly bulldozed by units vastly inferior to that.

I’m sure other scenario authors have had a problem like that.

An attack on a very different and alternate Venezuela. Hugely ambitious, with strict ammo limits, hypothetical platforms galore, a long target list, and an air tempo slowdown. You’d control the USMC Aviation in three days of air strikes on a newly established regime.

An exercise scenario featuring carrier and amphibious warfare ship attacks against an OPFOR-state. The scope of it is something I’m debating, and also whether to make two versions-one against a huge “Heavy OPFOR”, and another against a smaller, weaker “Light OPFOR”.

Vietnam scenario where you use North Vietnam’s aircraft in a sea-attack role to hit American warships bombarding the coast. Was thinking of making a hypothetical Alaska modifiction the biggest target, hence the name.

(Had to think of a good name, so I fired up Mgellis’ command Inspiration PadPro generators a few times)

Historically, the Israeli withdrawal from South Lebanon in 2000 led to the quick collapse of their allies. Here, it’s conducted under the umbrella of a high-intensity air campaign against Hezbollah and Syria.

-23:59:59
Cuban Missile Crisis airstrikes. Lua and events to trigger a “delay, then surviving missiles launch” if any one site is destroyed.