This is considerably after the fact, but I figured I’d point it out anyway: Northern Fury: H Hour got an excellent review on Sea Lion Press.

As a partial aside, I’ve said it elsewhere but I’ll say it here-I have a renewed willingness to read and review “traditional” World War III stories. Part of that is quality books in the genre like Team Yankee, Red Army, and yes, Northern Fury: H Hour.

Ted Williams and many other Hall of Famers never won a World Series. Herb Washington, a bizarre (and ultimately unsuccessful) experimental “designated runner”, did, although he was partially responsible for the A’s only loss in that series by getting picked off at first in the ninth inning.

The largest group of less-than-ideal champion players are simply bench/low-level players who just happened to be on a championship team. Little needs to be said about them except that they got lucky in that circumstance. (Robert Horry is perhaps the king of these players-he managed to win more championships than Michael Jordan while being only a decent journeyman stats-wise.)

Then there are the players in starring roles who, while not absolute flops, are still less than ideal. The king of these players is Trent Dilfer, the man who won a Super Bowl thanks to his team’s defense and then got cut. “Honorable” mentions include all the starting centers on the Bulls and Warriors dynasties and many of the pitchers on the 1920s Yankees.

The career of Yinka Dare is worth noting for one number.

His 100+ game, four season career contained that many assists. A leading soccer player gets that many in one season alone. Now to be fair…

There are a weird number of coincidences between the 1926 World Series and 2016 NBA Finals.

[1]The opinion on how wise this was ranges from “Ruth, while not Rickey Henderson by any means, was faster than a lot of people gave him credit for, and thus it was a justifiable gamble to not have to need two hits with two outs” to “Ruth was statistically the worst base stealer of all time.”

The T-72-120 upgrade explains how tank development can pass the point of diminishing returns. It’s a Ukrainian upgrade of a T-72 to have a bustle autoloader for a 120mm NATO tank gun along with the usual advanced electronics. There was a very similar variant of the T-80/84 called the “Yatagan” as well.

While it looks impressive, it’s easy to see why this tank sputtered out.

That being said, I like the look this tank and the Yatagan had, this sort of “east-west fusion” of low-slung tanks with prominent ERA and long bustle turrets.

My newest Sea Lion Press piece is on Sam Bowie, the player the Trail Blazers picked ahead of Michael Jordan in the 1984 NBA draft. Because of this, Bowie has been unfairly considered “the ultimate draft bust”, when his actual playing stats have put him nowhere near that category.

One of my weird current fascinations is the “Truck-APC”, for lack of a better word. This is an armored personnel carrier built on the platform of an existing truck. One of the first widespread truck-APCs was the BTR-152.

Since that ZiS-151 with armor rolled across Red Square, there have been many, many, many vehicles of that nature. It’s undoubtedly easier for smaller and/or lower budget firms to make something where much of the “heavy lifting” has already been done by someone else than a clean-sheet design. I’d have to say one of the more unusual (or my favorite) truck-APCs is the kind where the front part is just an uparmored pickup truck, but an “APC-like” troop compartment is placed in the bed.

A reason I think the truck-APC has come to prominence in my mind is the kind of books I read. The truck-APC is more suitable for security forces than it is for higher-end armies squaring off against IFVs. Guess what the small-unit action-adventure novel protagonist is more likely to face?

So, a RAND study on the (sideshow) southern theater of World War III included this graph. 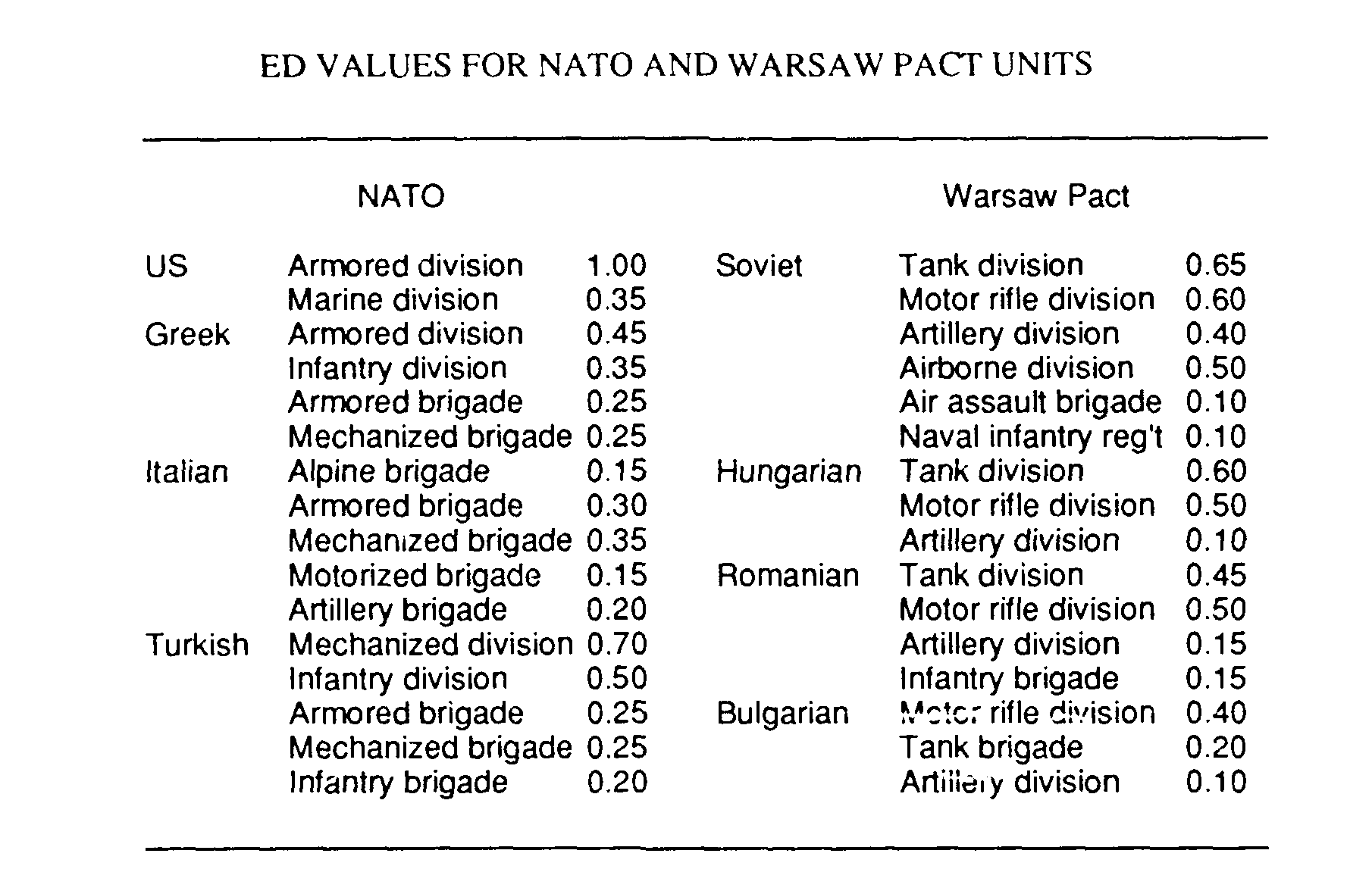 Notice how low the USMC divisions are placed. Even the WP bottom-of-the-barrel Romanians outdo them. I have my quibbles with this kind of “Battle of the spreadsheets” system, but a look at the USMC’s force structure, especially at the time shows that they were not suited for this kind of mobile continental war.